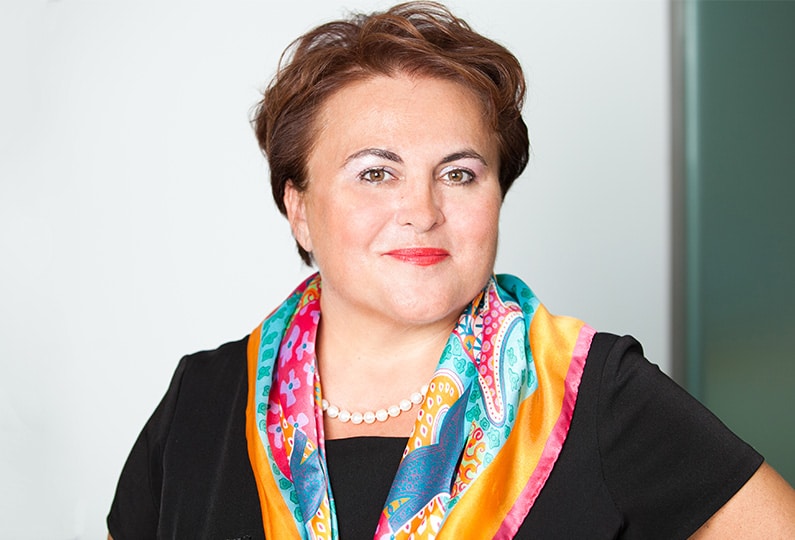 The ASEBUSS Executive MBA gave me a global understanding of business. I think the program developed the leadership perspective which is useful for going up to senior executive positions or growing your own company. And it gave me/us more: the understanding of the importance of creating the shared value. That shared value which is not just about the value within one organization, but rather the value in the larger community.

Virginia Oțel is a senior executive with more then 20 years experience in the financial sector in Romania, gaining expertise in general management, business development, marketing, corporate communication, human resource management in various financial institutions, such as venture capital fund, securities trading & investment banking, banking, and leasing. She has served in management boards and board of directors of financial institutions she worked for. Virginia Otel participated in many local and international conferences and seminars as speaker and panelist.

Virginia graduated from the Academy of Economic Studies in Bucharest with a Bachelor degree in Economic Cybernetics. She completed her post–graduate studies in Management and Public Administration with the National School of Political and Administrative Studies of Bucharest in 1992. The following year, she earned a Master’s degree in Management and Public Administration from Liverpool University, UK, as a Chevening Scholar. She became an Alumna of the Salzburg Seminar in American Studies in 1994 and attended the International Relations Summer School organized by the International University Institute of Luxembourg in the same year. Ms. Otel graduated the ASEBUSS Executive MBA in cooperation with the University of Washington, USA, in 1999. In 2013, she attended the Aspen Seminar for Leaders and became a Fellow of Aspen Institute Romania.

Virginia has dedicated her energy, efforts, and time to community development by becoming a founding member of the Foundation for Community Development of Romania in 1994. She has been also serving as a Board member of the Foundation for the Development of Civil Society (FDSC) since 2002. Virginia joined the Professional Women’s Network (PWN) Romania in November 2011, being involved in the “Mentorship” and “Women on Boards” pillars developed by the association. She became Vice President “Women on Boards” in April 2014 and was elected President of PWN Romania in April 2016. Recently, she has been re-elected as President of PWN Romania for a new mandate. Since February 2013, Virginia has become a member of the Romanian Business Leaders Foundation, currently being the Co-Leader of the “Mentoria” project, dedicated to business mentoring of young entrepreneurs.