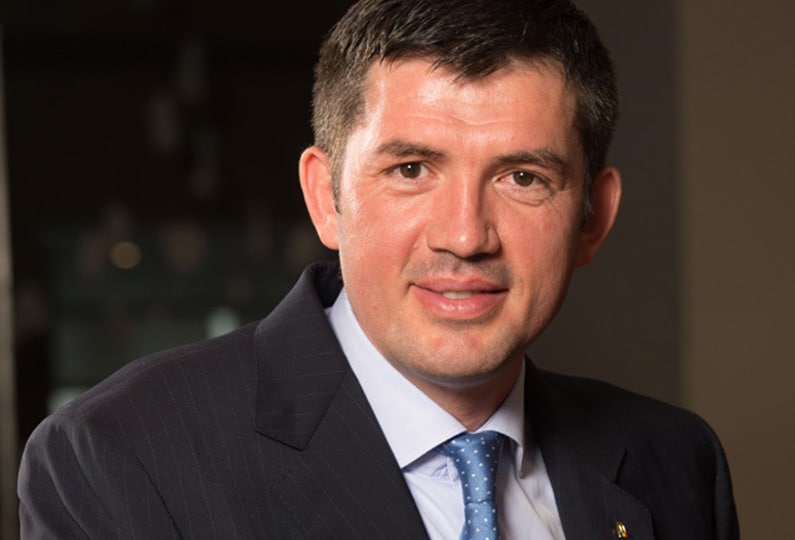 ASEBUSS is the most complete program I could enroll in while, at the same time, staying in Romania and continuing my career. It is a program that benefits from a complex syllabus, based on real economic situations, with experienced professors. It is also important that it addresses people who are already focused on their path of professional development, which creates the premises for the homogeneity of the group of participants.

THE PROGRAM DEVELOPS YOUR ABILITY TO UNDERSTAND THE MARKET AND, ABOVE ALL, YOUR LEADERSHIP ROLE

Daniel Boaje, Managing Director at McDonald’s Romania, joined McDonald’s in 1994 as Trainee Manager and soon became one of the first Restaurant Managers in Romania. In 2000, he was promoted to Operations Manager for McDonald’s Romania and Moldova, coordinating the company’s activity in 50 restaurants. In 2004, he decided to pursue a career in the financial sector, and from 2008 until 2010 he was CEO of Cetelem Romania and Coordinator for Romania at BNP Paribas Retail Banking. In 2010, he returned to McDonald’s as General Manager

Building a coherent professional path is based on the experience you gain by working. But not exclusively. I chose to enroll in an EMBA when I felt that I needed a program to complement the practice I was doing at McDonald’s. I considered it useful to have an external learning outlook, a necessary step you have to take when working in a competitive and dynamic environment.
Although I had top-management experience, the Executive MBA program has been a great help to me. In such a program, you benefit from a holistic understanding of a company, the roles of each department, the way people, and especially those of value, can make a difference. Last but not least, you develop your ability to understand the market, the way each area operates, and, especially, the role of a leader. Such a program gives you a reference to which you can report when making important decisions for the development of a company.

Each of the two areas (the financial and banking area and the food division in which I worked) played an important role in my top-management training. There is rigor in regulation in both, regarding the face-to-face communication with the consumers and the public communication. These areas, in some cases, are intertwined, even if, apparently, they are very different sectors. In both you have to overcome various obstacles

I recommend this EMBA to anyone who wants to learn something new, in a coordinated, applied way and with experienced people. I recommend it to both entrepreneurs and executives Personally, I think that especially during periods of major change – such as the economic situation of recent years – learning is one of the ways to move forward.